Lately a lot of great local (local as in Australian) bands have had to call it quits because of many reasons. But what I think is the biggest reason is the lack of support the locals have for bands.
You are not allowed to not go to gigs, illegally download their music and all around not show any support for the band and then when they break up have a sook about it. Its people like you that cause these bands to have to give up their dreams, and you're selfish for it.

I know people who show up at local venues regardless of who's playing, they are the people that the bands need to continue on. I understand that people live not in the direct vicinity of an all ages venue (like me, I live two and a half hours from Perth's only all ages venue, HQ). Sometimes its not possible to be there all the time, but you can support by buying merch, buying their music, it really isn't that hard.

I'm going to use Perth for this because it's the only music scene I am aware of being from Western Australia. There is a lot of local bands trying to make it and so many of them play HQ. If you want to see our local bands continue to release music you have to show some support.
The same goes with having a whinge when Perth is excluded from East Coast tours. Perth has such poor turnouts that bands don't  make money from coming to Perth, their losing it. 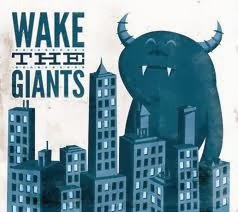 So here is to the bands that are giving up their dreams, and today to my favorites in Wake The Giants, you guys had a good run, and I am unbelievably sad that I didn't get to see you live. (In my defense I was unable to walk the last time they were in Perth, sounds pretty fair hey.) You guys had a good run and were such a strong band, good luck for your future endeavors. And mad props for how you told the world, such a creative way to announce your departure boys ;)

You can see their announcement here: Wake The Giants Announcement Video
lifestyle music