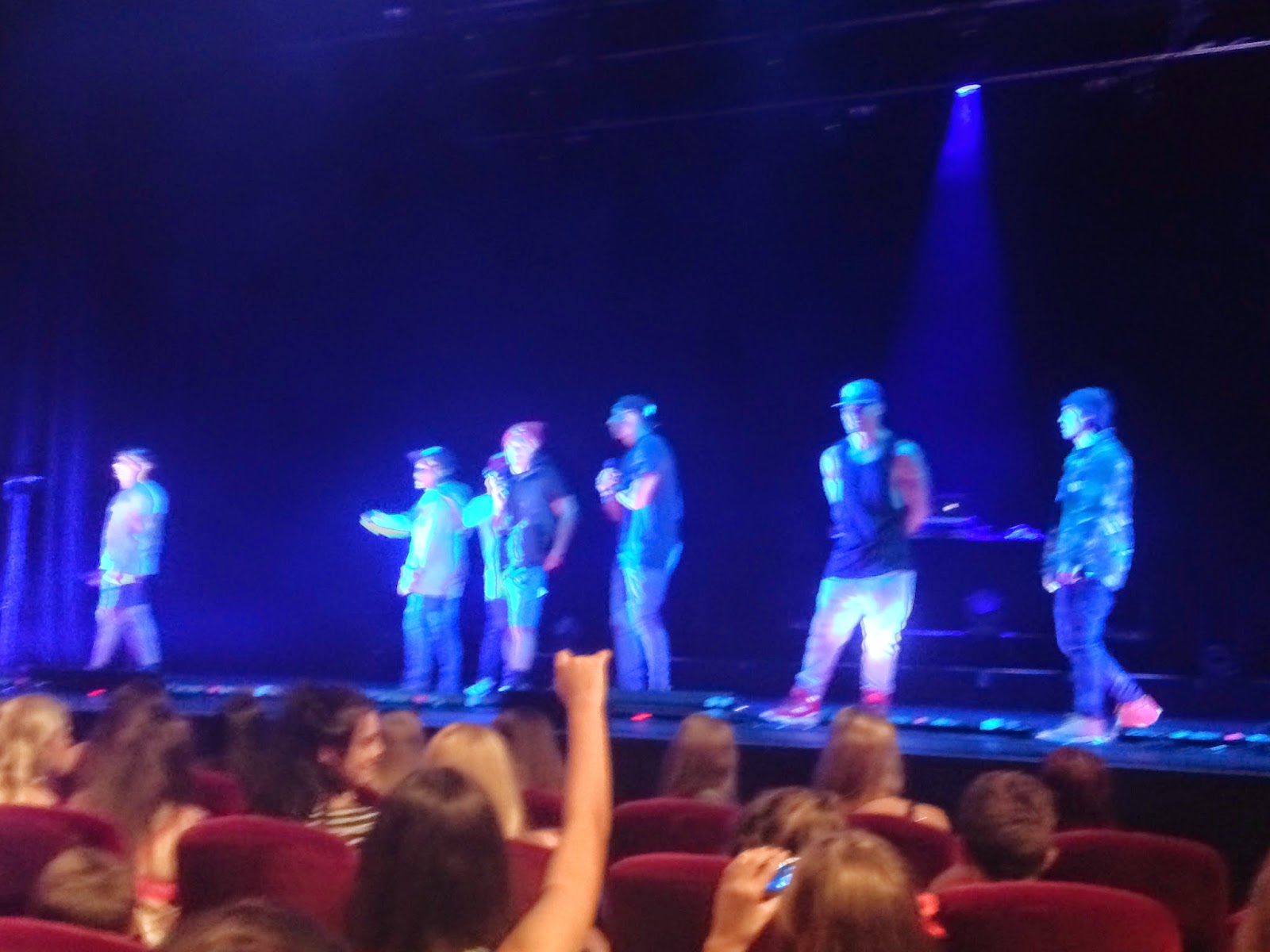 Justice Crew's national #HYPEtour hit the west on Sunday night, with the six remaining members performing to a sold out Crown Theatre. The night for some began with Sound Check party, which involved a twerking competition between Jai Waetford and a fan, as well as some practice warm ups with the Justice Crew boys and some Q&A time.

Jai Waetford, who came third on the XFactor last year opened up the show and showed the audience just how matured his voice is for his age. He performed his own songs such as 'Get To Know You' as well as a cover of Justin Bieber's 'As Long As You Love Me'. He also proved that he had some pretty dedicated fans in the audience, singing along and many of them running out before the end of the performance to ensure a good spot in his signing line.

The Justice Crew boys certainly do no how to make an entrance, opening up with their hit from 2010, Friday To Sunday, instantly mixing into some 90's hits. Twins, John and Lenny Pearce turned the theatre into a hip hop festival mixing some new hits and even adding in some of their own voices. The set also included their new, yet to be released single Que Sera, which you can preorder here: http://smarturl.it/JCQueSera
As always the set ended with a signature bang, a performance of their number one single Boom Boom and obviously the boys were topless.
music