Sydney has yet again produced some very talented goods, with the Northern Beaches playing home to a promising young band, Brightener. Coming up to their 2 year band anniversary (band-eversary?), Brightener have just released their debut EP, What Kind Of Mind. They've played alongside American post-hardcore band Being As An Ocean, as well as opening for Highways and The Monster Goes Rawrr.
The five piece includes, Patrick Humphries repeatedly hitting the drums, while you can find Lachlan Simpson on the bass, with some added backing vocals. Shane McCarthy and Jake Williams spend their time during gigs playing the guitar, and hitting the right notes with lead vocals is Josh Muncke.

What Kind Of Mind. 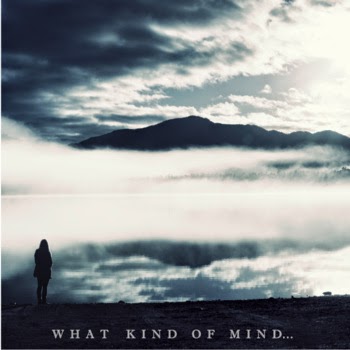 The 19th of May saw Brightener release their debut EP, What Kind Of Mind. The newly released, six track EP has already gotten a good amount of positive feedback, with a different sound to some of their old music.
You can have a listen and download What Kind of Mind from: https://brighteneraus.bandcamp.com/album/what-kind-of-mind
$5 for six rad tracks? I think yes.
The track listing includes single, Leech and five new tracks including my favorite of the EP, (Un)Luckiest Child.


Band Questions.
It's like 21 questions, just with more band members and less questions.


Question 1: How was the the writing person done for you guys? Did one person write the majority of the lyrics or was it a group effort? Where did you get your lyrical inspiration from?
Josh: I was responsible for writing the lyrics. Th lyrics are all about the individuals own head space, and the stability/instability that it holds. When it came to the music, we all put in ideas and slowly refined them until we were pretty happy with how the songs were. In the studio, Rohan helped us refine them further until we were 100% happy to record them and finalise them.

Question 2: Do you have a personal favourite, or more of a connection with any song from What Kind of Mind?
Josh: The one that I am most proud of would be I Am Gifted With Patience, as its the only song that talks whole-heartedly about being committed to getting to where you want to be, even though others around you may be exceeding your own dreams. The line "why do we settle for coal, when there's gold in our sights?" is probably my favourite lyric in the EP.

Question 4: Your first single from the EP, Leech got a lot of great feedback. What made you choose the song as your first release from the EP.
Jake: Leech is a pretty intense song, its emotionally provocative and its pretty different from what we used to be, and also different to most of the songs we have now.

Question 5: This EP has a different sound from your older stuff, what's the feedback been like from that?
Lachlan: Most people in general were pretty positive about our new sound, and it's closer to what we all listen to.

The Future of Brightener.
Whats in store for Brightener you ask? When asked about what the future hold for them as a band, the response we got was: "The main plan for the future would be to keep spreading the EP as much as we can, while we also try out best to get on more shows, and hopefully even a tour will be in the works. We are too keen for the future!"
So who's keen to see Brightener play some live music some time soon? This is definitely a band worth supporting! Tell them what you think of their music, and stay up to date with the happenings of the band on their Facebook https://www.facebook.com/brightenerAUS