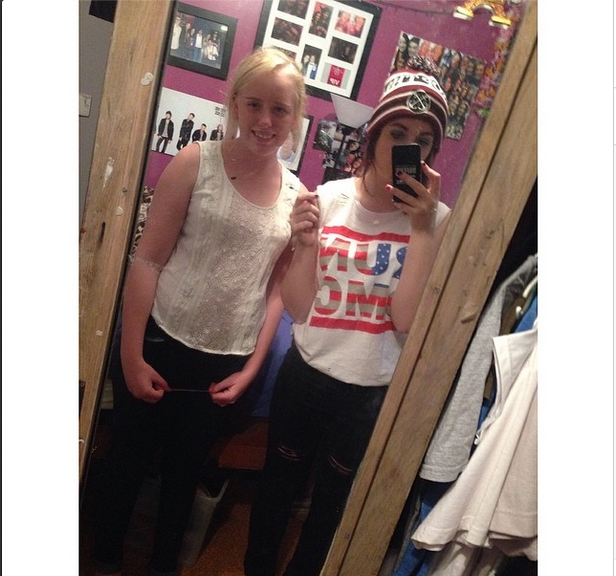 For the sibling tag I actually had five siblings to choose from, but to get probably the only sensible answers I chose to do it with Cailee.

Note: My answers are underlined and Cailee's are in italic.
Who's the oldest?
I'm the oldest, I'm nearly 17 and Cailee is nearly 15.
Any nicknames? Not really.
I tend to not leave the house long enough to be given nickname.
Funniest memory?
When we let our Aunty into the paddock with a ram and watched as she ran and it ran after her.
When we were little we were sliding on pillows down the hallway Cailee slide into like the door and ended up having to have like half of her two front teeth put back on.
Most memorable argument?
Both: we've had so many but non have really been all that memorable.
Most cherished memory?
Going to the One Direction concert together was a pretty good memory.  Last year out school had a high school formal and that was literally the first time Cailee ever let me do her makeup.
Old Photos? 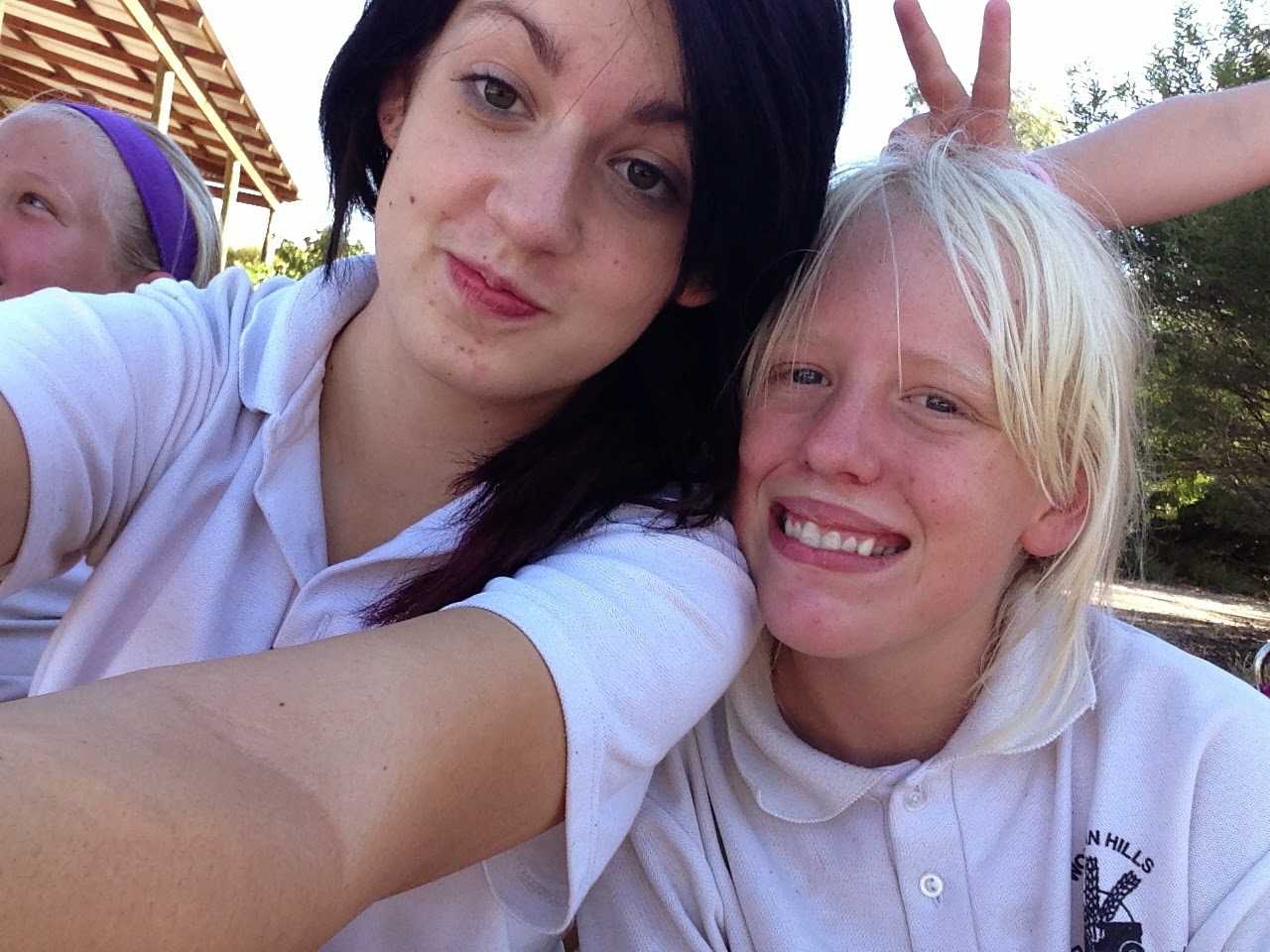 Its not the oldest photo of us, but its the only one that's not overly embarrassing for either of us.
Last thing we talked about?
This?
Yeah probably this.
Are we close?
Yeah, sometimes I guess.
Depends what moods we're in.
What annoys you most about each other?
When she's trying to annoy me, she'll just walk into my room and sit on my bed and ask ridiculous questions.
When she knocks on my door she wont open it to tell me what she wants she'll try and yell over my music and through the door.
Do you hang out and do things together?
Sometimes we do, like usually just in the city, concerts and stuff.
Are you competitive?
Sometimes, it depends on what the thing is, usually not though. Have you ever fancied one of your siblings friends?
Nope. Her friends are a little bit too young for me. One thing you can do that your sibling cant?
I can draw relatively well, whereas Elyssa can draw stick figures and that's about it.
I can scream and sing along like hell at concerts, where as Cailee just sings along quietly.
Who is the best looking?
Not me.
Well its not me so this is awkward.
Who is the most creative?
I'm more of a creative writing person but Cailee is creative with her art. so I guess you could say both of us in a sense.

So that is the end of our sibling tag, maybe eventually i'll get around to doing it with the rest of my siblings, probably not.
Also, here's a thank you the people who have been reading my blog, it means alot that people are reading what I have to say/whinge about :)