on May 04, 2018
I haven't posted a mental health post in a long time, and there is a post coming up that explains why I tend to refrain from talking about it anymore- basically because people are dicks and I got sick of putting up with it. But I am back and I don't give a shit, because this is going to a be real and raw post about mental health and anyone who feels the need to send me negative comments or their silly opinions on my mental health (usually anonymously) can quite frankly, fuck off. 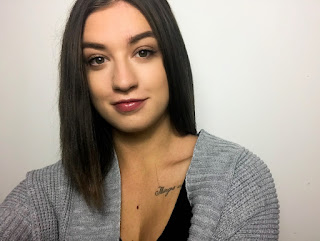 Most of the time I don't want to post things like this, I've become accustomed to presenting this page as a happy place. But then I remembered, that I started this blog to be real about mental health, to show people they aren't alone in what they are going through and that mental health isn't something to be embarrassed of. So, I woke up this morning and thought you know what I have to write it, not only for myself but for the people who take comfort in reading my posts and knowing they're not the only ones to feel this way, to know that they aren't alone in dealing with this scary shit. So it's here and its going to raw.

I don't even know where to start because there is so much going on that I have no idea what to talk about first- like what is the most important? I have a few key points that I want to talk about and want to get across to people, that I'm probably going to start rambling a little bit, because I have decided I'm just going to say what I feel and not edit this post too much, so its a very raw post, its just everything that is going on in my head to some extent.

The last time I posted on mental health was on March 11, when I published the "I Want To Be Better" post, I've linked that if you didn't have a read by the way. I got a really good response to that post (aside from a few people, one that told me I wasn't depressed, I was just "a sad and lonely little girl who had no idea about the real world", thank you for your expert opinion mate). When I posted that I was feeling pretty good within myself, I hadn't had a mental breakdown or an anxiety attack in a while and I felt like I was really getting on top of everything. AND THEN It was like my some power higher than myself read that post and thought "OH HELL NO, we can't have that" because the good feelings didn't last long after I published that post, it was like I jinxed myself by being honest about how good I was starting to feel. I have hit yet another rough patch in the road, an unexpected pot hole if you will.

The last two or three weeks I have been stressed, and I've been snappy and I've been constantly on edge of just losing my shit completely- like tip toeing a very fine wire across two buildings a few stories up- that kind of on edge. I am tired all the damn time, I can't be bothered leaving the house, and I am constantly just waiting for something else to happen and me to just implode. Its like there is a mountain of just little inconveniences and issues that are just building themselves up and weighing themselves on my chest, and I can do not much else than wait for it to crush me completely. Because a lot of the issues aren't stemming from me, they're happening around me and I'm just left to sort them out.

I am a big believer in 'everything happens for a reason' and that if something shitty is happening something better is going to come along and everything kind of figures itself out in the end. As much as I believe that, some times its so hard to remember what you believe in because your head is so clouded with all these shitty thoughts and to be honest when you get into a shitty state of mind its so hard to see the positive in anything. I think that while my head is saying 'you need to stress about this, you need to have anxiety over that, you have to constantly be thinking about this' deep down in my heart (sappy alert) I know that logically things are going to work out, and if they don't we always have other options and other pathways we can take. But even the logic and knowing the logic can't stop you from constantly being stressed and uptight about everything. The way that I am right now, there could be the smallest, most minuscule problem arise and it would just feel like the weight of an elephant has been chucked on chest along with the weight of an entire heard that is already there.

When I am in a state like this there is no way to completely de-stress without completely removing myself from a situation or rectifying a problem quickly. Currently, I don't have a lot of options for this and there isn't really a way o remove myself or rectify the problem so I just have to deal with it and try and control the stress and anxiety. But I wanted to share some of the ways I have found that do a little to help me relax and chill out, even if it is just for a few hours. Sometimes if you're in a bad way because of stress and anxiety, even just a few hours of complete calm can help, and does a little bit to regain your level-head.


So there is just three ideas of de-stressing, of course there is other things like taking a long bath or shower, or going for a long walk, stuff like that- that can destress you, give you some time out from your thoughts. I think it is really important that when you know you're stressing you take time out from everything and have some you time. You time isn't always going to work because your mind will automatically go back to those shitty thoughts and have you stressing again, but you just gotta keep trying, and practice and eventually you'll know what works and what doesn't for you.
lifestyle real talk wellness