on May 24, 2018
Holla I am here with the goods, finally I am bringing to the table- another Q&A. I haven't done one of these for nine months, and that was all about mental health, so I have quite a few questions that have been submitted via the contact form that have been sitting there for a while, just waiting for me to produce this post. As you may now notice, The Introvert Archive has had a face lift and the contact form has been removed, however you can now send me your questions via my email which is theintrovertarchive@gmail.com or its in the "contact" tab, if you ever forget. As always we keep this shit real and we keep it anonymous, so you can ask me whatever you want and I will not publish your name- lets go. 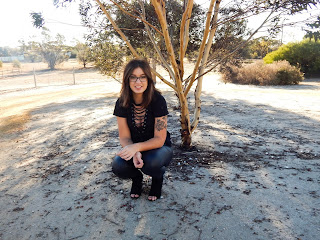 1. What are you most insecure about? And how have you learnt to deal with these insecurities? I am a very insecure person and would appreciate any help you could give me.


I think this question was sent in before the "Honey, Time To Love Yourself" two part series, which if the asker saw them, they may have found a little bit of help, guidance and inspiration through those posts what I have linked above. But, to answer the first question I am, and have always been most insecure about my legs- when I was younger I was so obsessed with wanting a thigh gap and it took me so long to accept that my body was just not capable of having an damn gap between my thighs. Even now I still get really insecure about how they look, like some days they will toned af and some days they look really muscle. I deal with it by reminding myself that everyone has legs and they all look different and they're all beautiful. Obviously the posts that I have linked above would be beneficial to read for someone who is really insecure, so I recommend reading part one and part two because I go into some depth how I am really learning to love myself.

PS: I just remembered another post that might help! It is the Body Confidence | How I Gained Some post, would could also give you a bit of guidance into being more confident in the skin you are in.

2. What was your biggest struggle moving out of home? What tips would you give to someone about to leave home for the first time with their boyfriend?
I think the biggest struggle I had and still have now is money. So basically, Brodie and I we are two people on apprentice wages and the cost of living is quite expensive, even in regional WA. So, when we first moved out of home we were paying $200 a week rent, around $200 for two months of electricity and around the same for water I think. When you put it out like that it doesn't seem like a lot, but on top of that we were paying like $150 every few weeks for gas because everything- the hot water, the oven, the stove and the only heater the house were gas, and ti was the middle of a very cold winter. On top of that again we were still buying odd things for the house trying to make it feel more homely and complete I guess you could say. I think the biggest struggle was learning to manage money. I am a lot better at it now, I know roughly when the bills are going to come in, I know when we have payments due- it doesn't make the amount of money you have to pay any less but it makes it a bit easier to manage.
My tips would obviously be to learn to manage your money effectively. Also another tip I have is if you are moving into a private rental, always make sure you have a contract in place. We didn't have a contract in place in the first home we lived in and we ended up having to move again a few months later because the roof was falling in and the people who owned it wouldn't do anything about it. So always make sure you sign a contract. Another tip that I have for moving in with your boyfriend is to expect the dynamic of your relationship to change a little bit. Obviously you're going to go from living apart to living in very close quarters with each other and sometimes you take a little while to fit in with each other under one roof.

3. Do you keep up with politics? How does one become interested in politics?
Firstly, I have no idea how you become interested in politics, I think its just either you are or you aren't, frankly. But, I mean I usually post some political content about things that affect people who read this blog, or they would find interesting (hint! there is a new one in the coming days, or maybe it will already be out by the time you read this I am not sure.) Do I keep up with politics? Not so much that I dedicate whole hour of my life to reading about politics and knowing their every move, but I do like to be in the know, especially about the things that are going to affect me, and have an effect on the people who this read this blog. So, I would say yeah I do keep up with politics, to some extent.

4. What are you're TV show recommendations for shitty mental health days?
I am alllll over this one hunny! Please find below a list of my favourite TV shows to binge watch while have a shitty days- so the ones that you want to watch so you don't have to think about anything else.
5. Do you drink? If so what is your best hangover cure?
I do drink, not a lot though- definitely not as much as I used to anymore. There was a bit of a stage there where I was righting myself off very regularly. And that just caused havoc with my body and with my mental health so I have cut back a lot. I now just kind have one or two when we go out and that is about it- I haven't had a big night in quite a while now that I do think about it. I've never really been a person to get a hangover, usually I'm just really tired and hungry and I eat and I feel better and that is the end of it usually. So, technically my best hangover cure is a good meal, doesn't have to be healthy- just has to be quite large, most of the time I'll have Mexican if I'm hungover. Sorry I don't have any better ideas!

Maybe we should leave it here, otherwise I could be here answering questions allll day. But definitely send me some more questions for another Q&A, hopefully not in another nine months time though!