"The People Detox" | Leaving Negativity Behind

on May 31, 2018
Today I want to chat a bit about negative people and how they affect you and your vibe, because I'll be honest I have been having a bit of a detox from people lately, for like a few months now. Kind of distancing myself from anyone I felt I needed a little bit of time away from, for a few different reasons. Obviously, in case anyone that I know personally reads this and thinks "oh she's distancing herself from me", don't get offended but I probably am if you think I am, you know what I am saying? No but seriously I have done this for my health and how I feel, I still love the people, I just don't see them as much as I usually would have. 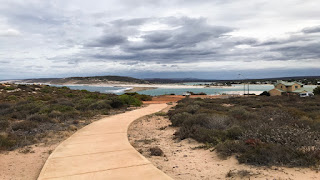 So basically my "people detox" was unintentional at first. To begin with it was just me not having the motivation or the patience to deal with some of the stuff that was going on. It was once I realised what I was doing and how it was making me feel that I decided I was going to continue with it, therefore giving it a name 'the people detox". I wanted to keep feeling the way that I was at that time, I was feeling really good within myself, I felt happier, and I had cut back on alcohol and unhealthy habits which was something that I was really keen to do, but always struggled to have self control around the people I was hanging around with.

Once upon a time I would never have though of cutting these people from my life, I considered them my family and I would have done anything for them. Some shit happened, other people joined, people left, arguments, whatever happened. Suddenly the family wasn't a family anymore, it was more of just this negative space where everyone would get together and all be pulled down. It took me a while to realise that this was happening because these people are my friends so I never wanted to think anything negative towards them. There was no breaking point for me, I was actually just trying to think of a breaking point but I don't think there was one. I think I just realised you know, this is a becoming a very negative space to be in, I've got my own shit to deal with and I don't need this to be dragging me down further when I'm already trying to claw myself back up.

I just want to talk about how you can distance from people you feel you need to take a break from and how you can recognise the people that are bringing you down. If you're in a negative space constantly, obviously that is going to start impacting on you and your vibe as well as your health. I am here to say it is perfectly okay to give yourself a break from negative people to take care of yourself because you should be putting yourself first, having a little bit of self love can go a long way. If that means having a little bit of a time out then that is what you have to do and you shouldn't have to make any apoligies for it.

Obviously I am not here to tell you that your friends are bad for you, because I don't know your friends, I am here to give you a realm of information to help you make that decision for yourself thinking about your health and your happiness and what you want.


There is obviously millions of characteristics that someone could have being a negative person, but these are just a few that made me think "ah ha sister, I hear ya!"

To finish off, I want to touch on how shitty you're going to feel at the beginning of distancing yourself from people- because you are and they're probably going to feel shitty too. To help both of you, you need to stick to it for a while. My detox is still kind of going, but I have had my two-ish months away and I feel good, good enough that I have those people in my life again but I know my limits and I recognise when its just getting too much and I need to go home. I think that was what I needed, time to realise within myself that shit isn't healthy and to be able to recognise when I'm crossing to other side.

If I am going to leave you with anything, just remember that just because you read about it in a blog post doesn't mean that its what you have to do- I would never tell you to distance yourself from your friends if the friendship is healthy and happy, remember that.