Now Is The Time To End The Mental Health Stigma 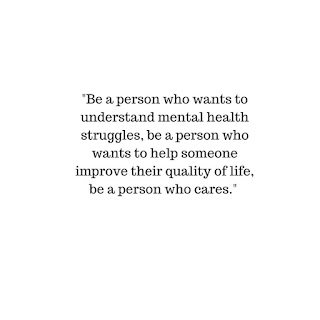 In one week around 20,000 people worldwide will commit suicide and more will make an attempt to end their lives. This week two of those 20,000 people were well known, successful celebrities who had not let on, publicly about their struggles. The deaths of designer Kate Spade and chef Anthony Bourdain have left many people wondering how this could happen to two people who seemed to "have it all." Let this be a timely reminder that money and wealth cannot bring happiness and sometimes the people that seem the strongest are actually struggling the most.

For people who haven't experienced depression and being suicidal it can be difficult to comprehend how someone would choose to end their life. For most, from the outside people who are struggling will put up a wall, a mask, a front- no one wants to let on that they are struggling. The pressure to be fine is already high enough for regular people, I cannot fathom how high the expectation to be fine is for people who are in a spotlight, who have people looking up to them.

A quote from the statement written by Kate Spade's husband Andy: "There was no indication and no warning that she would do this. It was a complete shock. And it clearly wasn't her. There were personal demons she was battling."

A quote from Anthony Bourdains mother, Gladys Bourdain: "He is absolutely the last person in the world I would have ever dreamed would do something like this."

You can Google "warning signs for suicide?" and it will give you lists upon lists of things to look out for in the people you love. It'll tell you factors like low self esteem, insomnia, loss of relationships, depression blah blah blah, but more often than not those lists are useless. Because being at risk of taking your own life is not as simple as a list of risk factors to look out for. More often than not, those warning signs just aren't there. Someone who is seriously considering ending their life- they're at their wits end, they're at a point where they can't see a way out of this mental illness. The thought of what admitting they are struggling will do to their image and their brand is often a huge barrier to someone reaching out for help. It is the stigma that is attached to mental illness.

The stigma around mental health and being open about your mental health struggles is hugely to blame for people not reaching out for the help that they need. The perception that you are going to be seen as weak, or less of a person or crazy because you are unwell is pretty bloody justified. As a society we are just not open to talking about mental health, we're embarrassed of mental health, we make people feel bad for struggling. This stigma exists mainly because people just do not understand mental illness. Mental illnesses are a disease- just like heart disease and cancer, it isn't something to be embarrassed of, it's something to speak up about.

If we lessened the stigma around mental illness, if we weren't so closed to talking about our mental health perhaps some lives could be spared. It isn't enough to post a tweet or an Instagram post urging people to seek help- we've made it too difficult for people to speak up on their own. Now is the time that you ask your friends if they're doing okay. Ask the people who seem like they have their shit together, ask the people you think are struggling. Be a person who wants to understand mental health struggles, be a person who wants to help someone improve their quality of life, be a person who cares.