Dry Brushing | Do I Really Need To?

on September 10, 2018
Who here is guilty of tending to the skin on their face religiously- but being lazy when it comes to the rest of their body? Holla, I am! Usually the only day that I really put some effort into the rest of my skin is fake tan day, and even that is starting to come around less and less- I am learning to embrace the pale look (purely because of laziness). 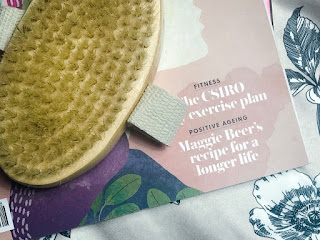 So, in short, the answer to the title is: yes. (But continue reading so I can tell you why!!)

But, as the skin is the largest organ in the body- shouldn't we be doing more to look after it?

This post is about one thing I have added to my morning shower routine that I think is really benefiting my kin, and hopefully it will benefit yours as well- dry brushing.

When I first heard about dry brushing I was SKEPTICAL, surely using a harsh brush on my skin was not going to do anything good, but in the name of content I did it anyway. (That has been my excuse for so much lately- "I need) it for the content factor!!"🤣)

First off- let me tell you about some of the benefits I found during my research- because who knew that brushing your skin could potentially be so good for you!!

Dry brushing is great for getting your skin active, should you have inactive skin, it has an impaired ability to remove those toxins that we don't want being left in the body. With approximately one third of the bodies daily impurities being removed from the body via the skin.
Extra toxins in the body = extra stress on the body.