on September 17, 2018
First off this post is not being posted in order to receive anyones negative views or opinions on cosmetic enhancements and surgery ect, this post is me sharing my experience as a bit go 'this is what you can expect when you get lip fillers for the first time' post. I believe that you can do whatever the hell you want with your body, whether that be getting work done or not, they are personal choices that don't and should not have anything to do with anyone else.

Now that little disclaimer (ie. I don't want your opinions on the decisions that I have made with my body) are done lets talk about lip fillers. 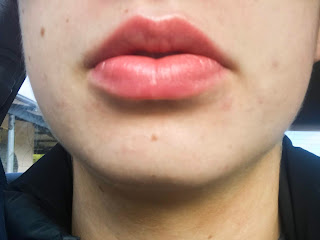 Where did you get them done?
Cosmetique Joondalup- the link to their website is right here.
They offer free consultations for all treatments and have a few locations around Perth.

I found these guys on Instagram and had been following them for ages before I decided to get them done.

Why did you get them done?
I have wanted my lips done for THE longest time but have always just never really done it, always had an excuse as to why I couldn't do it- ie. money, self confidence issues, mental health issues ect ect. But this week I sucked it all up and said "You know what, it is my birthday next week, I am bloody doing this." So here we are.


What did you have done?
So, I had 0.5ml inserted into each my top lip and my bottom lip which meant I was keep my natural shape, just adding some volume. 1ml cost me $199.00.

What was the initial pain like?
I had a dental block because I don't think I could have handled the feeling of the filler going into my lips, I shudder just thinking about it. My top lip was completely number and I did not feel a thing, my bottom lip however a different story. For some reason the block wouldn't work on my bottom lip, while it was slightly numb it did hurt more than when I got my top lip done. Yes, there was tears.

Aftercare.
Aftercare relatively depends on what your individual injector tells you to do. Some people get told not to do anything and to let them settle on their own. I was told to massage mine for two minutes everyday and shown the correct technique- so that is what I did! Other instructions included no vigorous exercise or alcohol for at least twenty four hours.

Straight after the injections. 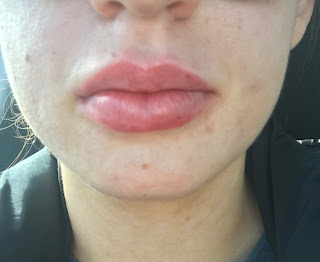 There is no down time involved with lip fillers, the nurse even explained to me that many people go back to work straight after. Obviously my the bottom half of my face was very numb by this point, but I wasn't feeling any pain or discomfort. I was still able to eat and drink (while the anesthetic was still there). My talking was slightly muffled but I don't like talking to people anyway. 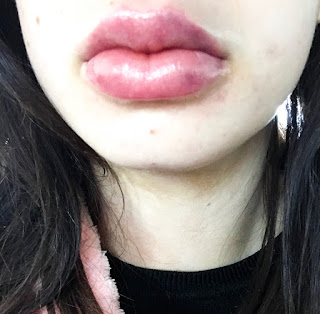 This was my least favourite day of all of them. I didn't go to work (it was a Friday) simply because I looked like a duck and I was not in the mood for the comments of grumpy farmers. There was a bit of slight discomfort on this day but nothing that was unbearable. If anything it was just set off by chewing too much. There was some slight bruising making an appearance but that was to be expected. 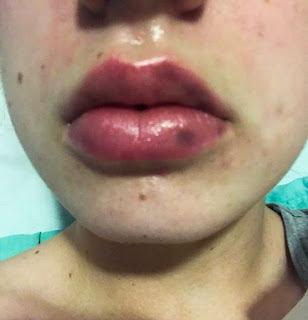 My lips had deflated quite a bit by this day and I wasn't walking around looking like Daffy duck. Bruising continued to get worse, but there was no discomfort anymore. 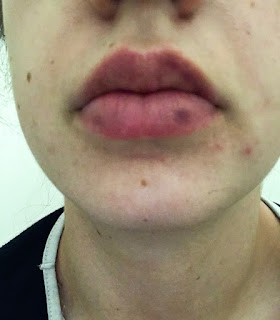 By now the filler looked to have settled, and they say you get the most accurate depiction of what your lips are going to look like on the fourth day, so I was happy. 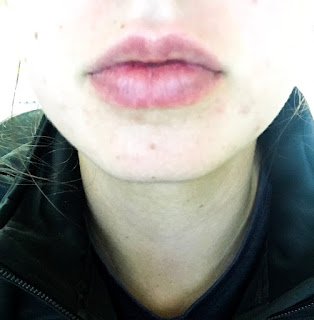 Just shy of two weeks since I had them done and I think they don't look that different to before- obviously they do, but I am just used to them now. I've found that my lips get dry a lot now so I always have to have lip balm handy. I am still massaging daily as directed. But I am super happy with them and glad that I sucked it up and got them done.
dermal filler experience lips wellness