The Ultimate Christmas Movie List You Didn't Know You Needed

on December 19, 2018
As a younger child I was never into Christmas movies, they were just not my jam at all, my younger siblings would love them but I found myself getting bored and not paying attention to Santa Claus. But now as an adult I cannot wait for the first of December so that I can enter into the appropriate time period for me to spend a whole 25 days watching Christmas movies. Over the past three years I have complied an extensive list of my favourite Christmas movies and I thought it was only fair to share that list with you all, in the spirit of giving and all that. So without further ado, look no further for your Christmas movie guide than right here. 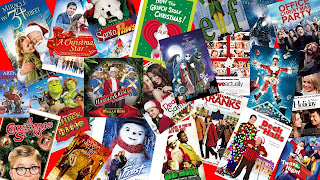 Look, I'll be honest- in my opinion the Home Alone series gets progressively worse as you get further down the line of movies. I love 1 and 2, but don't care much for three, four and five, they are Christmas movies though so of course I had to inlclude them- what kind of monster wouldn't?
Up there with the best of the best Christmas movies, can you deny it really? I don't know if I could handle living on a street THAT into Christmas though. Also skipping Christmas- how could you?
You cannot possibly go a Christmas without watching these three movies, can you? Also Tim Allen is a Christmas icon.
Confession: I had never watched this until Brodie bullied me into watching it last weekend. Not the best movie I've ever seen, ill be honest, but good for Christmas.
Firstly: Mila Kunis. Secondly, I truly hope that if I ever become a parent Christmas goes a little something like this movie (kind of).
Bloody love this movie! Who doesn't love some Christmas romance? Also the cast is incredible- Kate Winslet, Cameron Diaz, Jack Black and Jude Law in their prime of the early 2000's.
This is one of my ultimate Christmas movies, I have watched it every Christmas without fail. Brodie hates it for some unknown reason. But I mean- a grown man who is actually a Christmas elf? How much better could you get.
Maybe I only like these movies because I have a strange soft spot for Billy Bob Thornton (since the Revolution days). Brodie tells me they aren't funny movies, I beg to differ.
I saw this in the cinemas when it came out in 2016 because hello Jennifer Aniston and Olivia Munn. Not your classic Christmas movie but still a good one.
I loved this movie as a child. Every time I watched it I would become somewhat disappointed that no house around me had taken Christmas lights to the extreme.
I remember watching this when I was younger whenever it got close to Christmas and channel seven would play the same Christmas movies every year. I do not miss the advertisements.
Another holiday romance movie that I adore. Kiera Knightly and Hugh Grant, enough said.
Newly released on Netflix, I only clicked on to this because I was desperately bored. Although I do appreciate Vanessa Hudgens. Light hearted, girly movie.
Another animated one but a good one. Based on the fear of many young children- being forgotten by Father Christmas.
A classic, cannot miss.
Not a Vince Vaughn fan in the slightest, not at all. But it is a Christmas movie and it does have Reece Witherspoon in it also so it kind of balances him out I guess.
Have some other movies you think should be added to the list? Let me know! I am FOREVER on the hunt for new Christmas movies, always.
chrisrtmas with the kranks christmas home alone lifestyle movies