Is It Normal To Have No Friends At 21?

on January 22, 2019
A lot of my posts stem from questions or thoughts that I have myself, because someone once told me that if I am asking myself something there is someone else out there thinking the same thing. 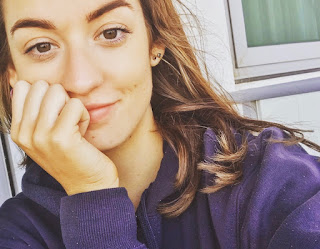 I have always been a bit of a loner, 100% of the people that knew me in high school will back me up on that claim, please don't ask them though because they'll probably give you more information than I care to rememebr.
I’ve never been a person who has a big group of friends, nor have I ever been a “popular person” (please note the quotation marks there). I am very accepting of the fact that I am always going to be a bit of a lone wolf if you will and have found comfort in being on my own.

What has brought this post on today is the realisation that I don’t have any close friends anymore. You see, in my last two years of high school I had two close friends, we did things together, went out together, had a never ending group chat, could talk about whatever.
Like a lot of people, after high school I transitioned into a different group of friends and found myself with one or two different close friends to the ones that I had in high school.
These friendships were vastly different in the real world to being in school- it wasn’t like school where we knew the ins and outs of each other lives, but we knew each other really well and had the security of knowing that I could talk to them about anything and would count them as my close friends.

2018 was one of the biggest years of change for the groups of people that I considered my close friends.
Everyone seems to have had this massive shift in the dynamics of their lives this year, and therefore they’ve had to change their personalities and priorities to adapt to these changes.
I didn’t have that huge change during the year, both Brodie and I, we relatively stayed the same in comparison to our friends.
Is it due to the fact that everyone else is changing and adapting, and I’m not that I don’t have anyone to tell my inner thoughts too?
Or that I don’t have anyone that I could call up at 6pm on a Tuesday night, mid breakdown and they’d be down for a Captain Morgan and a movie- preferrable Sex and The City?
Or that I don’t have the security of always having someone who can back me up, or I can find during a busy night at the pub and know that they’ll be willing to be around me?

So, I put it to you and to myself I guess,- is it normal to not have any close friends as an adult?

I’ve been doing some thinking about my "situation" and re-thinking past experiences and analysing and over-analysing, as I do.
One of the first things that I thought about was mine and Brodies 21st birthday party that we had in September. I
t was this that made me think ‘how long have I not really had any close friends for?’ because the guest list was a whole bunch of our friends, our collective friends, but now that I’m thinking about it- the outcome would have been a lot smaller (for me) had we not decided to celebrate our birthdays together.
Brodie had his close friends, and then his work friends and his family. I had my family and then just kind of joined the tail end of his friends- do I not have my own? I don’t think I really brought anyone to the table  and it made me think even further- would I have any friends if I wasn’t with Brodie?

Of course I have friends, the Facebook type and the type that you say hello and make polite chatter every time you run into them, the type that you wish happy birthday and a Merry Christmas. But, at the end of the day I don’t have someone who I can ring up and say “fuck, I’ve had the worst day, lets eat ice cream and drink some wine.” I don’t have someone like that in my life. And it makes me wonder, am I destined to go through life close-friendless? Is Brodie going to have to start listening to me when I gossip to him and drinking wine and watching trashy movies? Which I mean he kind of already does but only when I nag relentlessly.

I did a bit of Googling into this subject because, well, I was starting to get a little bit worried that everyone in the history of the universe has or had at least one close friend and I have become the anomaly. This is an overreaction, yes I am aware, but we all know how my mind works and as usual I went to worst case scenario in a matter of seconds.

A lot of the results came up with ways to find friends and I shook my head at a whole lot of them.
“At work” - I work in an office by myself where the staff turnover rate is very low and the only two people I really see are my parents and occasionally the boys from the workshop knock on the door, usually when they have run out of toilet paper.

“Get out more”- the most social I get these days (because money, shit to do, health ect) is going to the local pub on a rare occasion, here is an issue with that one- they’re all people that I already know. To put it one way, I don’t think there is much room for progression with many of the friendships I have now, everyone already has their own close friends and there does not seem to be much room to move. While I would obviously be open to getting to know people better that I already know, I just think that if they wanted to know me better and be closer friends it would have already happened by now- you feel me?

“Accept more invitations”- extremely hard to do when you get a very, very limited number of invitations in the first place, hence why we are having this discussion.

I’ve come to the conclusion from the reading of other articles from friendless adults that it’s not “the norm” to have no close friends, but it is a thing, people do wander through life close-friendless. I mean, if I have been doing alright up until now, surely I can continue on for a few more years- right? But it also makes me wander- how many other people cannot count a close friend? How many people are pretty sure they’ve been close-friendless for years and have probably forgotten how to be one? Without a doubt I am not the only one having these worries and having to learnt to be their own best friend.