How Networking Is Helping Push My Social Anxiety Limits 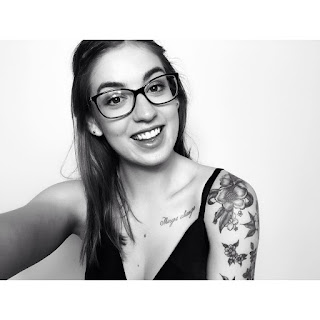 If you have been around for a while you'll remember I've talked a few times about social anxiety being something I have been working on for a while, it is one of my worst areas in terms of mental health. Around five years ago I was a person who couldn't walk into the hairdressers and ask for an appointment because I was so fearful that I was going to be judged by the lady at reception. I was that person who would walk with their head down 99% of the time because I was too scared to look up and see someone that looked like they were giving me a judgemental look (they probably weren't, but I thought they were). The thought of leaving my comfort zone socially would provoke a an anxiety attack. I left my formal early one year- after maintaining for weeks that I wasn't going and only going in an attempt to prove to everyone that there was nothing wrong with me (there was).

The level of social anxiety that I was experiencing was not okay, with a lot of work and surrounding myself with the right people who encourage me to leave my comfort zone socially, I've managed to get myself to a point where my social anxiety only rears its ugly head when I am about to really push my limits. On bad days, sure I will avoid going into a shop for fear of being judged, I'll second guess if I really need to make a phone call or if an email will suffice- but they are rare.

For people who don't experience social anxiety- even though it is the third larges mental health problem in the world- it can be a difficult concept to understand, much like every other mental illness. So what is social anxiety? According to Thomas A. Richards Ph.D, a psychologist and the director of The Social Anxiety Institute "social anxiety is the fear of being judged and evaluated negatively by other people, leading to feelings of inadequacy, self consciousness, embarrassment, humiliation and depression." The feelings associated with social anxiety vary from person to person, no two people are exactly the same.

The feelings I have will be completely different to the feelings the girl next door experiences, there is no set in stone way that you should feel. For me, my social anxiety rears up when I put myself into an unknown social situation, something that is new to me and I haven't known how to prepare myself for.

On Friday, to celebrate International Womens Day, I stepped so far out of my comfort zone it was merely a blur when I looked back. I have avoided events like this for a really long time, knowing of the panic they would likely induce. A breakfast held by Fusion Biz Babes and Villa Management at Frasers Restaurant, that was my first leap into the unknown. I don't think I was fully aware of the height of the situation, or if I was I was ignoring it completely. I wouldn't allow myself to even think about the fact that I was about to walk into a room full of 260 strangers- 260!!! The fear was that allowing myself to think about it would cause me to psych myself out and come up with same lame excuse as to why I couldn't go anymore.

Driving up the road to the venue was the first time I allowed myself to give it a thought, or a few thoughts after I saw the huge line of ladies waiting to go in. I had come this far and there was no way in hell I was backing out now, despite the fact that I could feel the anxiety rising in my chest, waiting to get a grip and tighten until I was barely breathing.

I was shaking when I got out of the car, but I ignored it- my method was going to be faking it on the outside, while freaking out on the inside- until I get to a point where I don't have to fake it anymore. It was my thoughts that got me through this one, I knew that the thoughts I was telling myself, they were going to be positive and affirmative for me to not let the social anxiety take over.

Here is a bit of an insight into what was going through my brain:

I am proud of myself for the huge leap I took out of my comfort zone, at one point I would never have been able to do something like this. I think I was right in waiting for the perfect event to come along, something that I knew was going to be a good stepping stone into the world of being social and networking with like minded people.

If you are, like me on the more introverted side I actually wrote a post for Boss Mode Radio earlier this week about some of the tips I was taking in to my first networking event. It's called "The Introverts Guide To Networking" and that link is clickable if you would like to give it a read.

Don't forget you can sign up to our weekly newsletter right here to get exclusive content right there in your inbox every Tuesday!
anxiety comfort zone event health international womens day mental health networking social anxiety