Why Do Womens Rights To Their Own Body Continue To Be Policed?

This week women's reproductive rights and the rights to their own bodies have been thrown back into the spotlight and for good reason. A US state has passed a bill that changes abortion from a medical procedure to a felony that will cost jail time.

What is this new law?

It was the act of a group of 25 white, male Republican state senators and one female State Governor- 26 people is all it took to turn the medical act of an abortion into a class A felony in the state of Alabama. It's referred to as a "heartbeat bill", meaning that once the faintest of heartbeats could be detected, at approximately six weeks it is illegal to have an abortion.

At six weeks pregnant many women are not even aware they are pregnant. The only signs of pregnancy are a missed period- if you have an irregular period that could be nothing out of the ordinary. You could have sore breasts, a bit of heartburn and maybe a bit of bloating and gas, all symptoms that many women push aside and don't consider to be anything to do with being pregnant. Some women don't even have any noticeable symptoms at six weeks- how are they supposed to know the legal time limit on choosing what you do with your own body is looming?

The Human Life Protection Act as it is known means that now, in Alabama a women who gets an abortion after this 6 week time limit could face a minimum of 10 years imprisonment. There is no exceptions for a victim of rape who has fallen pregnant as a result of her attack. There is no exception for incest. There is no order that the father has to provide assistance in any capacity. There is no mention of any government assistance. Basically the law says we're going to tell you what you can and can't o with your body, and if what we say puts you in a situation that you can't handle, well then.. that is just too bad isn't it.

As Patrick Shriver put it, in words that I couldn't put any kind of improvement on. "In Alabama, a man who rapes and gets a women pregnant will serve less time than the person that removes the embryo that was forcefully put in the victim."

Is this a new type of law for America?

Heartbeat bills, making abortion illegal have recently been passed in multiple states- Kentucky, Ohio, Mississippi, North Dakota and Iowa.
In Arkansas and Utah it is still illegal to have an abortion, however the time limit is slightly more lax, time is up at 18 weeks pregnant.
Currently the states of Missouri and Louisiana the heartbeat bills are making their ways through legislature.
A little win lies in the fact that Texas, Florida, Tennessee, West Virginia and South Carolina, these sites all failed to pass a similar heartbeat bill, these states had people who recognise that a women should be allowed to make their own decisions about their own body.

Australian Abortion laws aren't that bad.. are they?

I think in Australia we don't think about many laws until we are faced with them, I mean why would you really know about the abortion laws in Australia if you had never really had to come up against them? But now is the time to educate yourself on the abortion laws in Australia.
So no, the laws surrounding abortion are not as hard in Australia as they are in the US, but they could still do with some work.
I want to finish on this thought: making abortions illegal in any country will not put an end to abortions. It will put an end to any safe abortions. Women will be scared, they will be frustrated in their system. They will make desperate decisions. They will make decisions that could prove to be fatal for them. 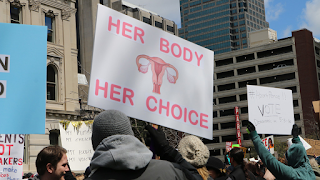