on July 24, 2019
This was not what today’s post was supposed to be- I was supposed to be pressing publish on part two of last weeks intuitive eating post. Instead I wanted to get this message out as soon as possible. It’s an important one. It wasn’t something I really thought to think about, let alone write about until last night when I was reading through my younger siblings phone (with her permission don’t fire at me).

You see, I was on the very edge of the the social media generation. Social media platforms such as Snapchat, Facebook and Instagram were only just starting to gain momentum as popular networking tools as I was exiting high school. I missed out on being the cyber bullying generation. The generation of kids who think it’s okay to hide behind a screen and bully other kids. Thank god I did- after seeing the way some kids are being treated and talked to in this day and age, I don’t think I would have handled those kind of attacks well at all. I give credit to any kid that is dealing with cyber bullies, I salute you for being strong. 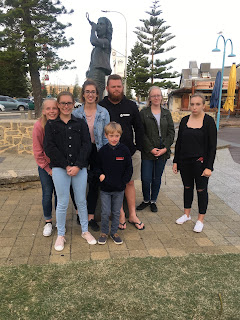 I read a text message just yesterday from one 13 year old girl to another “kill your self little girl”. Think about that, a thirteen year old girl was “brave” enough to hide behind a mobile phone screen and tell another girl to kill herself, and do you know what, I don’t think she fully grasps the effects that this kind of thing can have. So I want explain to you, every single one of you, why cyber bullying shouldn’t be over looked, why we need to just be bloody nice to each other.

Kids that are 12-13, they think before they act, they don’t worry about the consequences of their actions. But they need to be made aware they words can have a huge impact on someone, whether they are said to their face or not. Words hurt. Your kids need to know that. They need to know that telling someone to kill themselves could very well be the last straw for someone. Those few words could be the reason someone does kill them selves, a life could be lost.

As someone who has seen cyber bullying first hand (five siblings will do that to you) and also as someone who has lost people to suicide, I can tell you that neither of them are fun things to deal with.

What we all need to understand is how easy and accessible cyber bullying is in this day and age. The many platforms that’s kids and adults use can be used as a tool to make someone else’s like miserable, unbearable even. It’s the click of a few buttons and a message that can’t be in-sent that could ultimately end someone’s life. Would you like to be responsible for someone feeling so lost in this world that they can’t go on? Would you like your child to be responsible for it?