The 4 Questions I Had To Ask My Doctor About Antidepressants

As someone who’s been dealing with mental health issues for a while now, I was always someone who was against the use of anti-depressants for myself personally. For others to use them I wasn’t against, I would see people that I know use them and it would help them and I thought that was great. It was always incredible to see the medication helping someone and making their life even just that little bit easier because I knew first hand how tough mental illness can be on people.

For me personally, I viewed antidepressants as unnecessary and as if I was giving up on the war against my mental illness. I viewed it as people who used antidepressants, they needed that help, they were at a point that they needed that help from the medication, they were more mentally unwell than me, I didn’t want to admit to being as unwell as I was. I didn’t even want to entertain the thought that just maybe I did need that little bit of help. I wanted to be able to fight my inner demons on my own, I wanted that accomplishment of “shit yeah I did it!!” on my own. I perceived antidepressants as me copping out, and I was scared that I would spend the rest of my life relying on medication to be happy, to function properly every day of my life.

When I entered the doctors office a few months ago after having considered his suggestion of giving the medication I was physically shaking, I was nervous, my head was saying back out now. I’d  even in a week before that day because I was stuck in the rut of depression and I was really struggling to function. I don’t know what I wanted out of that initial session, did I want him to refer me to another psych? did I want him to tell me how to feel better? but I came away from that first appointment with his question ringing in my ears “have you considered anti-depressants?” It was probably the look on my face that gave away my reaction to that question. I hadn’t considered them at that point, but I spent the following week tossing up between yes I’ll try them and no I don’t even want to consider it. My head went back and forth so many times. 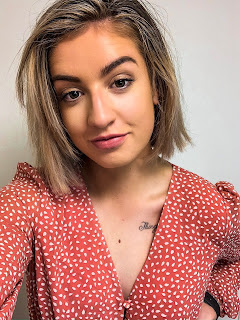 I sat down in the chair and he asked me how I was coping and if I had given any consideration to our discussion from last week. The thoughts were still running around my head and ultimately at that point the situation could have gone either way. My hesitation was obvious and the only way I could answer was the ask the questions I had been dying to ask Google but too scared to know the answer.

“How long will this go on?”
His answer was a promise that once we found the right tablets I would be on them for six months at the most and after that six months was up he would bring me off them whether I wanted too or not.

“Will these make me gain weight?”
Look it’s a superficial question I know, but at the time it was something I needed to know and be prepared for if necessary. I’ve never been someone who truly loved their body so the thought of gaining weight I had no control of made me shudder. He told me that it has been known for some antidepressants to see a little weight gain but given my activity levels he wasn’t worried.

“What side effects might I see?”
He told me the possible side effects like fatigue, headaches, nausea, but also told me that these things don’t happen to everyone and it was all about how my body reacted to the medication.

“Are these going to make me feel numb?”
If there was one thing I had read on the internet it was that some people don’t feel depressed anymore, but they don’t feel happy either- they feel emotionally numb. And that was something that was weighing heavily on my mind, that and the knowledge that if that happened to me, my relationships would suffer also. He accepted that yes, for some people that does happen- and it may very well happen to me as well but he was optimistic that with all the tools I already had for my mental illness I was going to be okay.

Still confused, I gave in- I would try them for the six months he told me I would have. If they didn’t work, they didn’t work and I would be fine to go on. But if they did, if they did work than maybe there was a light at the end of the tunnel, or at least a torch light to help me get there.

I think a lot of other people view antidepressants as the “lazy option” to getting better. The truth is you can take the medication but you need to put the work into yourself as well, it’s not the solution, but it is a helping hand.-