Influencers: How Much Responsibility Do They Have? 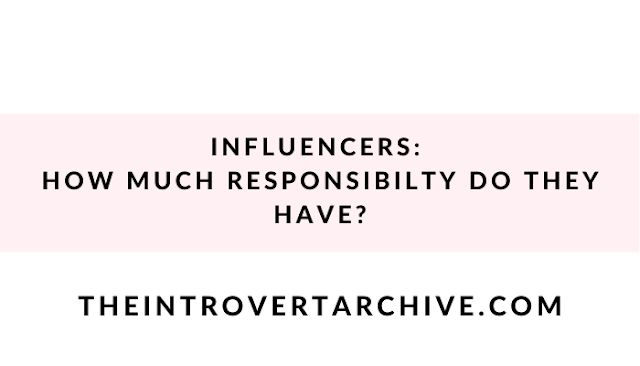 Influencers: Everyone seems to either be one or want to be one, but where do their responsibilities begin and then end?

I'll be honest in saying that I don't really pay that much attention to influencers in the form of being "influenced" by them, if I am actively looking for one it is usually from a marketing perspective. I usually find out what's going on in that category by podcasts who dissect that whole realm of social media, but over the various social media accounts that I follow a few posts do slip through- which is where the thought process of this post has come from.

I noticed a post by Lily Brown, a Queensland based influencer with 361,000 followers that was promoting a new financial-based service My Pay Now. Do not get me wrong, Lily is not the only person to have promoted this service, other Australian influencers who have posted using the hashtag #mypaynow and flaunting what they have supposedly purchased using the service include Mitchell Orval, Taylor Fielding, and Cartier Surjan. This service works pretty simply: you sign up, you choose how much you want to borrow, and then on payday, it comes out of your account via direct debit plus 5%. 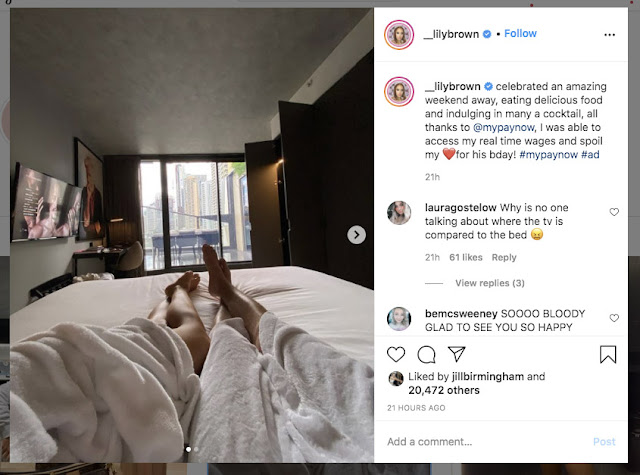 The new "convenient" service is much like the Afterpay debate, it might be handy to have but could potentially lead to financial trouble. A few issues: you need to make sure that the money you have borrowed, plus that extra 5% fee is going to be in your account when you say it is- if you are a casual worker, a freelancer, or anyone who doesn't earn the same amount of money week to week you need to be sure you are going to be able to cover what you have "borrowed". A lot of these new, popular services are normalising and popularising owing debt- and the word is getting around with these influencers, who, let's be honest- probably don't have the need to use such a service.

Here is my question: how much responsibility should be placed on the influencers who promote these services?

I believe they are responsible for choosing wisely what they do and don't promote. I would hope (although I assume not the case for a few influencers) they would only agree to promote products and services that were in line with their values and the values of their followers over the amount of money offered on contracts.

I also believe that an influencer is responsible for knowing their audience and using that to guide their promotion decisions. A lot of the people being influenced are younger, more impressionable people who believe every word these people are saying. They believe that these services are truly being used by influencers and therefore they should be using them too.

BUT I don't think the influencer is responsible for "babysitting" their followers. They may be impressionable but they should also be able to recognise when a product or service is not a good fit for them. If a follower begins using the MyPay service and buries themselves into a mountain of best, they cannot turn around and say "well, I found this on Lily Brown's" Instagram so this is her fault. The influencer was paid to promote something that they obviously felt was in line with their audience. It is not the fault of the influencer that someone went overboard.

Bottom line: influencers are responsible for their actions, the content they put out, and the image you are radiating. BUT they are not responsible for the actions of those that are influenced and the way that the promoted products and services are used.