This is part one as I intend to update you all again a few times during my pregnancy. At the time of writing this I was 12 weeks pregnant (I just forgot to post.. ooops!) 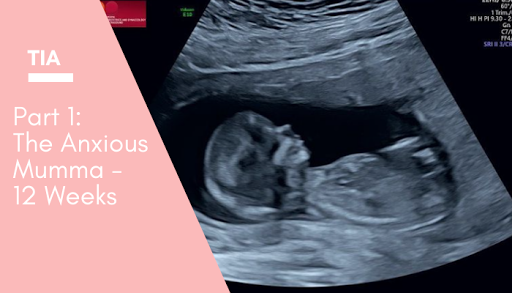 It is time for a debrief, a complete and utter unveiling of everything going on in my own head right now. We have not had one of these posts in a very long while and that may have tricked you into thinking I am 100% on top of my mental illness. I am sorry, you have been misled.

In case you missed it, I am having a baby... In six months. Me, a person who sometimes struggles to look after herself, is having a child. A human child. There is one currently growing inside of me. The transition from fur-children to actual children is going to be HARD.

In December last year, I had a miscarriage early on into pregnancy, in fact, I realised it was happening on our anniversary and then continued to bleed through Christmas and Boxing Day. People were wondering why I was so quiet and looked pale, that was because I was bleeding out what would have been my first child and no one but Brodie and myself knew about it at the time.

So, to find out I was pregnant, again, near the end of January, made me incredibly anxious. I was worried that it was happening again too quickly and my body had not had enough time to heal, let alone what was going on in my head. The first couple of weeks were horrendous as I battled my own mind. I was stressed that I was going to become attached to this child, only to have it taken away again. And then in turn I was also worried that my constant state of anxiety would cause me to have another miscarriage. It was a constant cycle of being anxious and then trying to forcefully calm myself down.

I was very sick in the first trimester, as most Mum-to-be are. There was a lot of vomiting, a lot of “can you eat that somewhere else?” and even more time spent in my bed. Which you can imagine was not doing wonders for my mental health. I had too much time to think. Are people with mental illnesses even supposed to have children? Am I going to pass this all on to my child? Was postpartum depression going to make me the worst I have ever been? There were too many things to think about, too many things that could send me into a tailspin of anxiety.

It was something that my GP said to me when I went to get my initial blood done. “You will not be able to look after this baby if you do not first look after yourself.” He was right, of course, he was right. I drove the hour home from that appointment mentally making a list of how I was going to look after myself in order to best look after this baby. The list included seeing my psychologist to chat about everything and come up with strategies on how I was going to make it through this with relatively minor scratches. Another was a visit to my psychiatrist to discuss my medication.

All of my current professionals have backed each other up- this is a time I am going to have to be selfish in order to look after myself and ultimately look after this baby. There will be decisions I have to make that might be frowned upon by other mothers, but it is something that I need to do to make it out the other side. To not dig myself into a deep hole of depression with no shovel and a baby strapped to my chest. This is the time to be selfish.