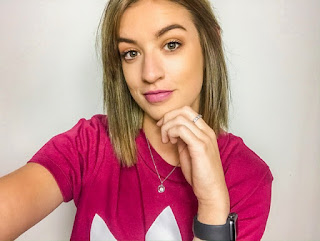 Hi! I am Elyssa and I hate having to introduce myself to new people for the simple reason that I never know what to say- what things are you allowed to say? What are you not allowed to say? I'm not sure. But this is my blog and my "about me" page so I think I can get away with introducing myself however I like here.

The Introvert Archive has been around for a while now, what started out as an outlet for me to talk about my mental health struggles anonymously has turned into something else entirely. At 14 years of age, I was struggling hard, I was eventually diagnosed with severe depression and anxiety disorder. I began writing anonymously about my struggles, not wanting to be identified for fear of being further outcast and the fear that I was going to be labelled as my mental issues.

I am not sure when, at some, after I had started to accept my mental illness and resent the stigmas that surrounded them I started sharing my blog posts to my personal social media, keen to let people know that having a mental illness doesn't make you any less of a person. That was my biggest fear, that people would learn of my struggles and judge me based on those, they would treat me different and not know how to act around me.

When I was just starting out with my mental illness journey it was such a taboo subject, something that should be private and locked away under the stairs like Harry Potter. Once I hit the acceptance phase, the "okay I have a mental illness but that doesn't define who I am" stage, I began resenting the fact that we weren't allowed to talk about our mental struggles, that they were something to be felt and not shared publically.

Well, to be frank: fuck that.

Because I am not only my mental illness this blog also talk about other things: there are lifestyle and wellness, real-life events and health, fitness and opinion pieces. We do pretty much anything and everything here. Basically, if I want to write about it, I will (and if it isn't on this blog it will be in the "other writing" section on the side.)

While I have told you about the blog and why I do what I do- I haven't really talked about me as a person, because again, I am more than my mental illness. So, because I am still not good at talking about myself let me give you some fast facts about me:

My name is Elyssa Giedraitis and I write because I love it, I bloody love creating content and sharing my opinion- whether people like it or not sometimes. I am a young women (21- only a baby!) who likes to be clued in to the world around here and I hope that through writing I am able to create a community of women that are similar to me. I live in the Wheatbelt area of WA, and would prefer the calm and quiet of the country over the hustle and bustle of the city any day. I come from a large family- I have four sister and a brother who are all younger than me, which I think also has a big impact on the writing put out to the world and what influence I want this blog to leave. I have a cat called Taco and a dog called Garret, my idea was to name the dog burrito but that was shot down in flames.

Holla! I am back with another haul/ clothing review for your eyes. This time I am going to be chatting about some workout clothes, because other than my work clothes and my pajamas they seem to be all I wear. Today's haul (which is a small haul) is two different style leggings and a crop top from Australian brand ECHT Apparel, which you have probably seen on my Instagram (@theintrovertarchive) because I love their clothes. However, as you all know I like to tell it as it is so you can be assured this post will give you my honest opinions on the clothes.

Usually if I am buying fitness clothes all I really buy is leggings, I just don't see a need for shirts when I have endless amounts of band tshirts sitting in my wardrobe that I don't wear, so I may as well use them for working out. Same goes with sports bras, I tend to not buy them because I already have one that are supportive. So, I just buy many pairs of leggings that I don't need because I like leggings.

Did you miss the last chapter of The Supplement Diaries? Yes? Click here, I talked about Alpha Venus by ATP Science.
Disclaimer. Obviously I am not pushing these supplements on to people, not telling you, you HAVE to buy them or whatever else else, I am simply giving you some information on the product and giving you my thoughts and how it worked for me. Just because a product has worked or not worked for me in no way states that it is going to be that way for everyone. Clearly I am not a professional, just someone doing their research and having their own experiences and sharing them. Please do your own research before deciding if the product is right for you.


Sometimes we all really do need a helping hand to keep our energy levels and brain function at optimal levels through out the day, and a helping hand to unwind at the end of it. Enter Mister Jones vitamins- correctly titled "the perfect pair" I purchased both the Rise + Shine vitamins and the Sleep Tight bottle as w…

Do you ever look at the price of certain brands of tights *cough* Lulelemon *cough* and wonder what it is like to be a person who has enough money that they can justify spending $150 leggings? Because I do- and I am sure there is a lot of other gals out there that completely get where I am coming from. When there is such things as rent and insurance to be paid- especially on student wages, $150 leggings are a far fetched dream.

So, with $150 leggings out of the question, I went on the hunt for brands with affordable activewear, affordable being not much more than $50 per item of clothing, because HELLLLLO I am not in any kind of financial position to be spending much more than that on clothes I am probably only going to wear once a day for a workout.
We're going to do this in three stages. Firstly, my initial thoughts on the products so what I think before I put them on, when I first opened up the packages ect. Secondly, what I thought when I put them on- how they fit, how they …